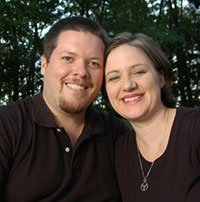 The last several months have been very busy for us with Jeremy on mission to Belize, Phoebe starting kindergarten, Chesterfest, and my father dealing with multiple issues related to cancer of his vocal cords. We have been so blessed by the outpouring of ministry to us from our church family during these times, but, the truth is, we just needed a break.

A generous friend learned that Jeremy would be going to Las Vegas to present at a conference for academic technology, and offered to buy a ticket for me to join him so we could have some relaxing time together. Another blessing of this trip would be I would get to see my brother (who is in the Air Force and stationed in Vegas) for the first time in over 3 years. However, we greatly struggled with the magnitude of the gift. We attempted to decline the gift saying it was too extravagant. Their response? “Do you believe we serve an extravagant God?” We argued stewardship. They argued grace. We gave in. How do you argue with grace?

Over the last month, my father started having trouble breathing and we learned his cancer had spread. He was quickly scheduled to have a major surgery to completely remove his voice box – the day before I was to fly to Vegas. It was my excuse out! Except, God would not release me from this trip. I have been attending the Women’s Bible Study on “Believing God.” So, I decided to practice what had been preached and believed God that everything would be fine. Within 24 hours of booking the flight, all details were covered – from transportation to child care, from the day of the surgery until I returned from Vegas. A HUGE relief and confirmation for me!

Dad’s surgery, according to the surgeon, “could not have gone more perfectly” and he was very hopeful for a good recovery. We learned from a friend of Dad’s that worked in the operating room that everyone scheduled to his surgical team that day was “the best of the best.” AMEN! I had such peace about leaving the next morning, with my Dad’s blessing to go and have a great time.

God also completely covered my trip in His grace and call to rest and trust in His provision. I was running late to my departure flight. It was delayed which gave me time to relax and work on my “Believing God” study (He knew I needed the reminder). The delay caused me to miss my connection. God provided me with a relaxing layover and a ticket on the next flight which had been full. I arrived safe and got to sleep in and rest. My brother realized he was off the next day so instead of just a couple of hours together the night I got in, we had most of the next day together while Jeremy was in his conference. Jeremy and I had a wonderful, relaxing time together, celebrating our 9th anniversary a couple weeks early. It was perfect! And my dad continues to heal well ahead of schedule! He was supposed to be in the hospital “at least a week.” He went home after 5 days. They told him he would have a feeding tube for 3 weeks. It will be removed a little ahead of schedule. He is already eating after two weeks! They said they weren’t sure how much voice he would regain. He already has a faint whisper and he doesn’t even have his prosthesis yet!

God is AMAZING! I am so excited to be on this journey of believing God!
“I pray that the eyes of your heart may be enlightened in order that you may know the hope to which he has called you, the riches of his glorious inheritance in his holy people, and his incomparably great power for us who believe.” Ephesians 1:18-19
“You are the God who performs miracles; you display your power among the peoples.” Psalm77:14