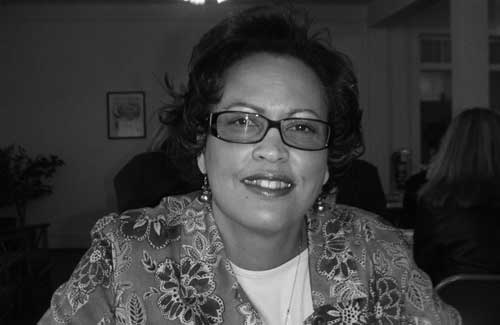 March Madness was not just about college basketball this year. It was occurring in my body as well. In January, Herman and I had taken a trip to Hawaii to celebrate the anniversary of when we met 30 years ago. I was excited about the trip. During the trip we visited many places that required a lot of walking. After going to see a waterfall, it was time to make the trek back uphill. I lost my breath and was hardly able to make it back. It literally took the wind out of me. I know that I am not in the best shape, but this was usual even for me. Upon our return home, I was not the same. I was tired a lot and had unexplained bouts of lethargy. But I just shrugged it off.

By the time March rolled around, I decided that it was time for the family to go to Williamsburg for a few nights. The kids were on spring break from The Collegiate School and that seemed like a great idea for a short get away. We went for three nights, March 6 – 8. Again, I was lethargic and tired. I didn’t feel like swimming with the grandkids or going shopping. I was content with just hanging out at the resort. I discovered that I had a yeast infection, so I head to CVS for some medicine.

In the midst of all of that, I was being bothered by extreme neck and shoulder pain that interfered with my sleep (and I love my sleep!) so on March 15th, I decided to go to the doctor. To my surprise, I was diagnosed with pneumonia. I received a prescription for the pneumonia and the shoulder pain.

The following Monday I was feeling extremely tired. I chalked it up to the pneumonia, but Herman urged me to return to the doctor. Being hard-headed, I dismissed that suggestion, thinking I would feel better soon. By Wednesday, I was still dragging, so finally I called the doctor and made an appointment for that afternoon.

I arrived at the doctor’s office only to find out that I was not on the schedule. The person who made my appointment had neglected to put it in the system. God worked it out and I was able to be seen. After being examined a pulse oximeter as put on my finger and it registered below 100, which is normal. The nurse took me on a walk around the office and it dropped to 94. The doctor suspected that I might have a pulmonary embolism. That earned me a trip to the Emergency Department (ED) at Chippenham Hospital

Chippenham was so busy that I sat out in the waiting area for more than an hour. When I was finally taken back I could see people on gurneys in the hall. God stepped in again and I was put into a room that had its own bathroom! Eventually, I was taken for a CAT scan of my lungs. Once again, God stepped in and there were not any clots in my lungs. Eventually I repeated the test using a pulse oximeter and my levels dipped. That earned me admission into the hospital.  While waiting for a room, my daughter, Erica, and I had the opportunity to minister to my nurse. I did not get into a room until about 1:30am so I did not get any rest. My nurse asked me a ton of questions. As soon as she left someone came in to give me a breathing treatment. Immediately after that a third person came in to draw more blood.

The hospital doctor that admitted me came by in the morning to let me know that I had viral bronchitis and very bad urinary tract infection. While in the hospital, the yeast infection returned thanks to the antibiotics.

I asked the hospital to notify my regular cardiologist, Dr. Phillip Duncan, that I was in the hospital. He has been monitoring me for years because of my family history. He couldn’t make it, but had a colleague, Dr. Arcarese, look in on me. He ordered a stress test and a heart catheterization. I was not allowed to eat pending the testing. I failed the stress test. Dr. Arcarese came in and reported that he saw a blockage in the artery that runs along the outside of my heart. He even drew a picture on the board in my room. The next step was a heart cath. If a blockage was found, stents would be inserted. That would mean being on medication for one month or a year, depending on the type of stent used. Dr. Arcarese also informed me that the last two ladies that he performed a heart cath on who were around my age needed stents. What was he insinuating? I asked God to not let me be number three. I waited all day but my family was there. Ten people in all! Finally, at about 4:30pm, he returned to my room to say that the team was running behind and that if I wanted them to do the test today they would. The other option was to do it in the morning when the team was fresh and would not be agitated because they had to stay late. I opted for the morning because I prefer not to ruffle any feathers, nor did I want unhappy people working anywhere near my heart!

I immediately popped a cookie into my mouth! Dr. Arcarese promised that I would be the first one in the morning. True to his word, I was!

God answered my prayer. No blockage! It was not there when the doctor performed the heart cath! I thank God for the peace that passes all understanding throughout my March Madness.