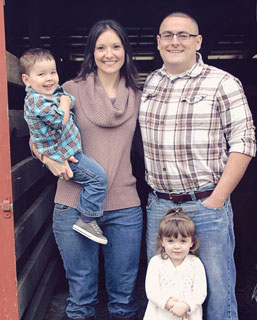 God has brought me through an IED blast in Iraq, cured me from testicular cancer and gave me a job the day the twins were born. So, why did I doubt that when I raised my hand in church a few Sundays ago for a God Story at my work, that it wouldn’t happen?!
Like Mark 9:24, I believe, but needed God to help my unbelief. I raised my hand in church, received a blue God Story shirt and thought “well, this is nice, but this is as probably as good as it is going to get.”

I have been having a lot of head butting conversations and disagreements with my division manager. I’ve been putting in a lot of hours and working on various projects with very little help from him. He leaves early from work and arrives late. Takes ridiculous lunches (sometimes 2 hours) and takes advantage of the reality that he makes a lot of money and does very little work to show for it. Here, I make less than him, and run circles around him on what seems like a daily basis. I’ve been praying that God will reveal himself to my boss and show him that what he’s doing is not right. In addition, months ago, I placed with him a request for a salary increase and was denied with a smirk on his face when he said “fat chance”.
So, Sunday came, I raised my hand with hesitation and doubt, and went home wondering “Well God, your move”. That Monday I was at work early to submit payroll on time and my boss walks in. He says “Hey Steve, can I see you in my office?” I thought, “Good God, now what”?! He sat me down and began to tell me that he had been acting unprofessional and sought my forgiveness for not being a team player and backing me up like he should be. I was floored!! I couldn’t believe what was happening. That God moved this fast is what I think really took me by surprise. I, of course, accepted his apology and our relationship is slowly getting better.

And oh, that raise I had submitted months before and was basically laughed at for the mere thought of actually getting it…I got it!

God is good and faithful, even when I am not!

For You, O LORD, will bless the righteous; With favor You will surround him as with a shield. Psalm 5:12