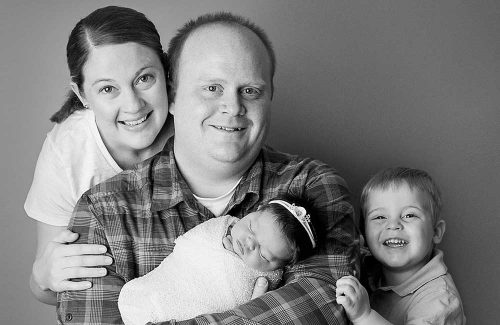 A few weeks ago, I was talking on the phone with a co-worker and she mentioned that a guy who used to work with us but had retired 5 years earlier, mentioned to her that he was putting his house on the market on April 15th, because he and his wife were downsizing. My coworker knows all about the journey that my wife Amanda and I have been on over the last year and a half with selling our house. She knew that we were looking for a little bit of land, and that we were willing to build or buy, but we really wanted some land. When she mentioned it to me, I found out that the home is in Carters Mill, a neighborhood that Amanda and I have always loved because we love the lot size and the size of the homes. But Carters Mill far exceeds our budget. When she mentioned the location, I told her, “Ok, yeah, that’s a little out of our price range.” She said that she would mention us to him anyway.

I got an email that night from the guy selling the house. He insisted that I pray and believe, and that he would too, and then we would see what God had for both of us. He invited us to come see it as soon as possible, because he needed to get it ready to go on the market by April 15th.

We went and saw the house Wednesday night, but as we walked through it, in the back of my mind I knew this house was way out of our reach. We were polite and moved from room to room with him, at the end, we ended up in the kitchen. He started the conversation with, “Well, I know you all have some concerns about price”. He pulled a piece of scratch paper out of his pocket. “I’ve written my price that I want for the house down on this paper”

I replied, “Well, I will write down what we are able to pay, and we can flip them over and see where we are.” Before I wrote it down, I knew that his number would far exceed anything I could write on that paper. I wrote our number and laid it upside-down next to his and he asked Amanda to flip them over.

She flipped his over, and as we figured, his number was significantly above where we were. She then flipped our’s over revealing our smaller amount. I reiterated that we appreciated his time to show the house, but that we couldn’t realistically afford anything higher than our number.

He stood there for 30-45 seconds without saying a word, as I was babbling out excuses about our number and thanking him….then he looked at us and said, “My God is bigger than this. I’ll sell you the house for what you wrote on that paper”!!!

Amanda burst into tears, and he and I started tearing up as well. He told us that God told him to move to a smaller house, so that he could devote more time and money to ministry. He knew that blessing others was clearly part of that plan. He had obediently bought a smaller house and had already moved believing that God would bring him the right buyer. In fact, he said God told him to put it on the market on April 1st, but he couldn’t get it ready in time so he pushed it back to April 15th. We agreed to buy it formally on April 1st. Turns out, he had the best Realtor of all!

God’s timing, provision, and favor have blessed us so much over the last several years, it has been amazing.