Giving Into a Job Upgrade 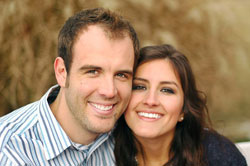 It had been almost 4 years at my last job when I decided it was time for a change. I was bored with my job and didn’t feel like I was growing much anymore. I began to search for jobs last June-July with an application here and there but didn’t hear a whole lot back from anyone.

Marina and I come from the Catholic Church where tithing isn’t really talked about too much. We decided it was time to up our contribution to the church. On that exact day, that we upped our weekly contribution via the website I received a call 3 short hours later from VCU for a job interview.

Now this position was a lateral position in terms of pay; however, it was an assistant management position that would get me management experience and permanent to get me out of the contractor world. I’d love to say right now how the interview went phenomenal and I got the job, but I didn’t and I was pretty bummed and discouraged! I didn’t get that job but little did I know God had bigger plans. I continued to apply all throughout October, November, December and January but didn’t get too many leads. I kind of had thrown in the towel and decided to just become content with where I was.
Marina and I began to pray on it towards the end of January that whatever was in God’s will we would be content with and a few short days later I got a call from Bon Secours. They wanted to interview me for a position that I applied for almost 6 months ago that had been froze but now reopened. A phone interview, face-to-face interview and panel interview later I had gotten the job over an internal candidate!

I started this week and the first week has been PHENOMENAL! My manager is great. I love the job so far, it was a 50% pay increase for me, and I was PLEASANTLY surprised this last Monday when our manager opened the meeting by reading Ecclesiastes 3:1-14; something that would’ve probably got an immediate EEO complaint at my last job. There have been many discussions of Jesus already at this job with co-workers and my manager, the work environment is rich and full of God’s love.
When I began to pray and trust in Him with my heart the pathway for my career became very clear. I have no doubt this is where Jesus wanted me and that I will be with Bon Secours for many years to come. I’ve finally found my career and not just another job.
“Trust in the LORD with all your heart and lean not on your own understanding; in all your ways submit to him, and he will make your paths straight” Proverbs 3:5-6